Deep learning algorithms have been very promising for identifying and characterizing cybersecurity intrusions. Meanwhile, several fraudsters have been developing new attacks to disrupt the operation of different deep learning systems, such as those used for image analysis and natural language processing.

The most prevalent of these tactics are:

This may cause many apps, biometric systems, and other systems that use deep learning algorithms to fail.

Citadel researchers recently constructed a DNN capable of detecting a sort of cyberattack known as distributed denial of service (DDoS) DNS amplification and afterward utilized two different techniques to produce adversarial samples capable of fooling their DNN. Their results, which were pre-published on arXiv, indicate the inaccuracy of deep learning approaches for detecting DNS intrusions and their susceptibility to adversarial attacks.

DDoS DNS amplification attacks use weaknesses in DNS servers to magnify requests sent to them, eventually flooding them with data and taking the servers down. These assaults have the potential to significantly impair internet services provided by both large and small multinational corporations.

Deep learning algorithms for detecting DDoS DNS amplification assaults have been developed by computer scientists in recent years. Nonetheless, the Citadel team demonstrated that these tactics might be avoided using adversarial networks.

Elastic-Net Attack(EAD) and TextAttack are techniques that have shown to be very effective in creating corrupted data that DNNs would misclassify. Jared  Mathews and his colleagues devised a method for identifying DDoS DNS amplification assaults and then attempted to trick it using adversarial data created by EAD and TextAttack methods.

Mathews and his colleagues discovered that the adversarial data supplied by EAD and TextAttack could deceive their DNN for DDoS DNS amplification attack detection cent percent of the time and 67.63 percent of the time, respectively, respectively in their experiments. As a consequence of these findings, current deep learning-based solutions for identifying these cyberattacks have substantial weaknesses and vulnerabilities.

The work of this Citadel team of researchers may inspire the creation of more effective technologies for detecting DDoS DNS amplification assaults in the future, which can recognize and categorize hostile data. The researchers want to evaluate the efficacy of adversarial attacks on a specific algorithm for identifying DNS amplification assaults targeting the so-called restricted application protocol (CoAP) used among IoT devices in their subsequent investigations. 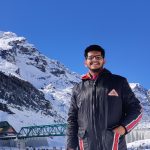