IoT technology has taken the world by storm in recent years. Smart environments are the new best thing for people as entire homes and offices are being transformed to bring ease and efficiency to mankind. Major companies are developing new technologies to improve the IoT structures and capabilities.

Let us shed light on some of the most important IoT developments in recent times, which will impact all users and companies alike.

Cloud computing is arguably the backbone behind successful IoT deployment. A number of companies like Google, Samsung, and Apple are allocating specific funds to this cause and offering dedicated cloud services to their clients. Since data is processed with a shareable cloud environment, there are a number of security concerns which need to be addressed. Tech teams across the globe are creating additional layers of security to protect user data stored within these cloud environments. New devices can now readily be deployed and synched with a cloud environment with minimal to no hassle required. This is just the beginning of the vast domains cloud computing, and cover and the future possibilities expand as far as the human mind can imagine.

One of the most emerging topics regarding IoT development is that of “Edge Analytics.” It refers to a structure where various decisions are performed on relevant devices rather than the cloud itself. For example, it can happen in the router, a certain modem, an interconnecting gateway, or even inside a sensor. This would ensure that the data sent forward is filtered according to relevancy and also supports AI and machine learning, where machines would make the decision. When both these technologies synch together, Edge and Cloud, they can create a much more reliable and efficient system. There are a number of remote areas where Cloud computing cannot work efficiently on its own such as oil fields, construction sites, etc. Edge technology will be highly useful there, and data could be collected and transmitted much more efficiently.

With the advancing era, the emphasis on short-range IoT networks is rapidly increasing. Wide area IoT networks, all though are useful, but require larger cloud computing storages and spaces, and the overall efficiency decreases somewhat. Short-ranged can give you instantaneous access to devices and information and are particularly efficient in home environments. Imagine you are living in a smart household environment, and all your actions and processes are being analyzed and delivered from a short ranged environment. You will have faster and easier access to information as well and experience much faster problem-solving capabilities. You can readily access your IoT connected devices within an environment for instantaneous results.  Companies like At&T are offering IoT solutions for their customers these days, which allow various services like at&t wireless service, internet, and DIRECTV to be seamlessly connected with a smart home environment.

With the growing demand and capabilities of IoT structures, they can only perform as good as their processing capabilities. Major developments are being carried out to improve their processing capabilities as well as security features. Systems need to be sophisticated enough with the support of updateable firmware. Companies are making major investments towards their R&D departments to deal with these things and producing some interesting results.

With continuous advancements, the need for various IoT devices to connect and operate in harmony is becoming more important. Only then would these devices be able to deliver to their optimal/desired levels. When different devices within an environment connect and produce results, what we get is an IoT Ecosystem. As more people are introduced to these ecosystems, the need to come with more manageable devices increased rapidly, and this provides a cashable opportunity for major companies across the globe.

With the growing number of IoT devices in households and work environments alike all around the world, sooner or later, it will become exceedingly difficult to manage these devices. AI would play an integral role in managing all this data and performing tasks without human involvement. Automation is always helpful when it comes to managing big data, and security features are also much easier to implement through AI involvement and machine-based decision making.

A couple of years back, a massive IoT security attack was experienced following which an advanced version of security act has been passed. Introduced by Senator Mark Warner, this act aims to implement some base security requirements regarding IoT environments which various developers need to observe. Hardcoded passwords have been branded as illegal practices as well. The bill has been passed and become a law in the State of California. Starting from 2020, any produced would have to include security protocols in their devices. Generic passwords have been used by hackers on a number of occasions, and the abolishment of the password system is sure to bear great results. 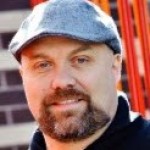