Caltech research introduces ‘SNIascore,’ a method for spectroscopically classifying thermonuclear supernovae (SNe Ia) based on very low-resolution (R 100) data based on deep learning. The goal of SNIascore is to fully automate the classification of SNe Ia with a very low false-positive rate (FPR) so that people don’t have to do as much work.

In the public Zwicky Transient Facility (ZTF), Bright Transient Surveys and other large-scale efforts to classify SNs (BTS). They use a recurrent neural network architecture with long-term memory that works both ways and recurrent unit layers controlled by gates. SNIascore has an FPR of 0.6% and can classify up to 90% of the BTS’s low-resolution SN Ia spectra. SNIascore does binary classification and regression to predict the redshifts of secure SNe Ia. When SNIascore is used with the magnitude-limited ZTF BTS survey (70% SNe Ia), the number of spectra that need to be classified or confirmed by a person is cut by about 60%.

Also, SNIascore makes it possible for SN Ia classifications to be automatically announced to the public in real-time right after a nighttime observation is done.

Astronomers are trying to answer some of the most exciting and important scientific questions of the moment, which often require them to gather much information about different cosmic events. So, modern astronomical observatories have turned into machines that send astronomers tens of thousands of alerts and images every night. This is especially true in time-domain astronomy, where scientists look for objects that change quickly, called transients. These include stars that explode and die, called supernovae, and black holes that eat orbiting stars, asteroids, and other things.

The proposed machine learning algorithm is much faster at classifying possible supernova candidates and sharing the results with the astronomical community. It also gives astronomers more time to work on other scientific questions. With SNIascore, the process takes about ten minutes instead of two to three days. Explosions in space need to be found as soon as possible so scientists can learn more about how they work.

For now, SNIascore can only classify Type Ia supernovae, which are used by astronomers as “standard candles” to measure how fast the universe is expanding. These stars are dying, and when they explode, they do so with a strong thermonuclear bang.

SNIascore is now set up to work with the SEDM spectrograph (Spectral Energy Distribution Machine), which is in a dome at the Palomar Observatory just a few hundred feet from the ZTF camera. ZTF looks at the sky all the time and sends astronomers around the world tens of thousands of alerts every night about possible cosmic transients. The SEDM spectrograph is set off to follow up on the most interesting ones and watch them. It makes a spectrum of the cosmic event, which shows how strong different frequencies of light were that the telescope camera caught. Astronomers can be sure what kind of event they see because of this spectrum. The researcher has used clever machine-learning techniques to teach SNIascore to read the SEDM spectra well.

Researchers are currently making changes to SNIascore to work with the new SEDMv2 spectrograph that will be put on the 2.1m telescope. SEDMv2 will be an improved version of SEDM. It will be able to find and classify less bright supernovae. At the moment, on average, SNIascore classifies about two supernovae every night. This number could double if SEDMv2 is used.

Other attempts to classify transient events also use machine learning, but they only use the event’s “light curve,” or the amount of light seen by the telescope as time passes. SNIascore is good because it is trained on and uses spectroscopic information, which is the only reliable way to confirm what most transients are. The code for the algorithm is public, so other groups can change it to work with their telescopes.

Check out the Paper and Reference Article. All Credit For This Research Goes To Researchers on This Project. Also, don’t forget to join our Reddit page and discord channel, where we share the latest AI research news, cool AI projects, and more. 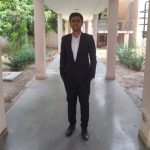