Kneron is a big name in microelectronics, and the company claims its latest launch KL720 AI Soc, as very advanced from other competitors in the market. Some specifications of the KL 720AI SoC are:

It claims to be twice as efficient in terms of power as Intel’s Movidius and four times more than Google’s Coral Edge TPU at a more affordable cost.

According to Kneron, their KL 720AI SoC offers the ideal balance of performance, power-saving, and budget. It is perfect for IP cams, headsets, smart TVs, etc.

The company also offers KNEO, a networking solution for the devices powered by its chips. It lets developers create personal networks without routing data to the cloud.

For now, the company’s focus is on the core hardware, an area where there is a tough competition from many other startups. 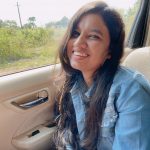