Artificial Intelligence has vast-ranging attention and its utilization in the healthcare business or industry. As an intense learner and a Kaggle beginner, I chose to work on the Malaria Cells dataset to get a little hands-on experience and discover how to work with CNN, Keras, and pictures on the Kaggle platform.

In many points I love about Kaggle is the extensive knowledge it exists in the form of Kernels and Discussions. Taking ideas and references from different kernels and specialists really assisted me in getting more skilled at creating highly accurate results. Take a look at other kernels and see their strategy to gain more insights for your own improvement and knowledge building.

I started by importing pandas, numpy, and matplotlib. I chose to run Keras with Tensorflow backend to perform the neural network model. So, then imported a number of layers from Keras.layers including Convolution2D, MaxPooling2D, Flatten, Dense, BatchNormalization, and dropout. We will be using the Sequential model. To get started with pictures in the dataset, I imported os, cv2, and Image libraries.

As you know, in Kaggle, any data files are placed inside the input folder that is one level up from wherever the notebook is located. The pictures are in the cell_images folder. Therefore, I set up the data directory as DATA_DIR to point to that place or location. To save the characteristics or features, I utilized the variable dataset, and as labels, I did label. For this example, I set every picture size to be 64×64.

Toward both folders, I iterated over every file that has the extension png.

For infected cell pictures, I read the picture by using cv2.imread(), then change it from an array utilizing Image.fromarray(), and after that, resize it to 64×64. Lastly, I kept it to the dataset variable and added 0 for each of these pictures to the label. I repeated the identical method for the uninfected cell pictures but fixed the label as 1 at this time.

We gonna use matplotlib to randomly plotting 5 infected and 5 uninfected cell pictures.

The CNN model is one of the most powerful and efficient neural networks to work with pictures and perform classifications. I worked with Keras to build the neural network model.

We built a convolution kernel. I initiated some features as described below:

This MaxPool2D method is used to downscale the outputs, and it holds the next parameters:

This method normalizes the earlier activation function output, and I changed only one parameter:

This method picks some of the values randomly to be set as 0 so to stop overfitting in the CNN model, and we used just the rate parameter:

This method flattens the whole n-dimensional matrix to a single array. Hence, if the array size was 64x64x3, it transformed into an array of size 12,288.

This method determines a densely connected CNN layer, and I have set the following parameters:

Construction of the CNN Model in our example

I have built a Sequential CNN model (classifier).

I have built a CNN Layer followed by a MaxPooling layer. As you see, it is followed by BatchNormalization to normalize the previous layer’s output and implement the Dropout regularization. Extra collection of these layers after that have appended. After that, we are gonna use Flatten to the outputs. Then we pass the flattened outputs to an Artificial Neural Network that holds three dense layers with (512, 256, 2) nodes. The latest layer that has the activation function sigmoid is the output layer.

The final measure is to compile the CNN model. We are gonna use an optimizer call Adam and this meaning a categorical problem; I have applied the loss function as categorical_crossentropy and an evaluation metric as accuracy.

Train the CNN model and accuracy

I cut the dataset into two categories 20% is the testing set and 80% for training data.

By working with the fit function, we have trained our convolutional neural network with y_train and X_train. we have set the total amounts of epochs as 50 epochs, which is essentially 50 cycles or iterations of the full dataset including a batch size of 64.

The neural network have reached an accuracy of 95.75%.

Data augmentation benefits grow the dataset and train the neural network on more extra and different data. More available data for CNN to learn from means the greater the model performs. The Keras framework gives a subpackage ImageDataGenerator that can generate this dataset.

After that, we trained the classifier (the model) by utilizing the fit_generator method and measured that new accuracy.

The neural network has reached an accuracy of 96.41% with our data augmentation.

As you saw above, using the data augmentation, we were able to improve the model accuracy while still owning the same data that we have started with.

In this blog post, we have reviewed the application and the use of CNN models and also data augmentation for Malaria cell pictures and reached a test accuracy of 96.41%.

Note: This is a guest post, and the opinion in this article is of the guest writer. If you have any issues with any of the articles posted at www.marktechpost.com please contact at asif@marktechpost.com 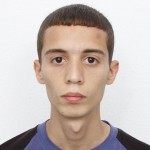