There is a new contender for the world’s best smartphone camera. Huawei P30 Pro has wholly overtaken the likes of the Samsung Galaxy S 10 to be one of the best cameras in any smartphone worldwide.

One of the most noticeably striking features of this smartphone camera is its zoom. Periscope lens technology can produce impressively clear photos, even with hundreds of meters between you and the subject. Many people are suggesting that this camera could be used in spy work and more.

Night photo technology is also rapidly progressing, even beyond the idea of an iPhone. The clarity of night photos and the ability of the zoom nearly makes people uncomfortable. The Huawei P30 Pro is a true point and shoot camera that you can have confidence in no matter what type of lighting you are under.

The periscope zoom feature combines five times optical zoom with an artificial intelligence algorithm. What this can produce is a 50 times digital zoom that AI assisted. There has never been a digital camera zoom that can deliver the same clarity from a distance. With the 40 megapixel wide-angle camera, this is a super spectrum shooter that also sees RYYB light over typical RGB. The phone delivers an image quality that is bolstered by a massive 40-megapixel sensor. With an enormous detection range and a greater selection of colors, you can get a DSLR quality of photo quickly.

Using this broader range of colors, it’s no wonder that the phone is capable of capturing better low light pictures. With the AI assistance, it’s also possible to piece together photos even in the lowest of light conditions. These types of digital zooms are unheard of in most types of camera technology today.

Perhaps one of the most disappointing parts of this phone is that it’s challenging to get in the United States. It is possible to import the phone, but most of these phones only support GSM networks such as AT&T and T-Mobile. The strict standards mean that some of the most popular networks in the United States, like Verizon and Sprint, are ineffective for use with this smartphone. Unlike other popular smartphones on the market as well, the HP 30 did not come with any type of warranty as a product. As it is a phone that retails for roughly $899 US, many consumers are interested in getting a phone at the same price point that also comes with a guarantee.

One of the most accessible places to pick up this smartphone is from B&H imported. The P 30 Pro is available in midnight black, Aurora and Crystal but there is not a current shipping date available on the website. Until there is a proper date released, it could be some time until we start to see this periscope zoom put into practice by the average consumer.

This smartphone could be a huge game changer and private investigation as well as for those that want to have a more accessible point-and-shoot camera on their smartphones finally. The technology will soon spread across other manufacturers surely, and it could be just a matter of time before we see Samsung, Apple, and others with an AI-assisted zoom. 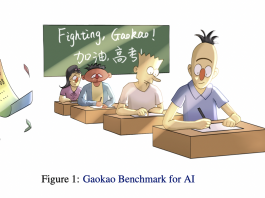 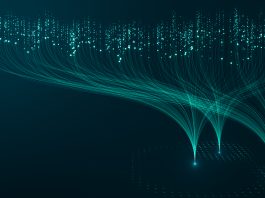 This Swedish Startup (Validio) is Helping Data-Driven Companies with its Data... 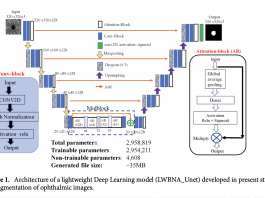 Researchers from Tohoku University in Japan have Developed a Lightweight Deep...